The fascination with the “Natural” and/or “Ideal” of economists of the dominant group that views economics as a purely positive science (void of historical, philosophical and sociological building blocks) like the “Physics of the Society”, as the Nobel laureate James Tobin famously wrote and criticised, is longstanding (see for example, the (in)famous Natural Rate of Unemployment by which fallible technocratic Deities confine a changing percentage of the active workforce to the reserve army of labourers; the latter is brutally exploited by the neoliberal  socioeconomic configuration of our doom-laden era).

The controversial notion of an Ideal and/or Natural is tangential to the philosophical underpinnings of the possibility for the existence of a Natural Law in human societies. Crucially, there is an oxymoron here as Aristotle emphasized mainly in the Rhetoric and less in the Politics: There is a distinction between “Nature” (Physis) and “Law” (Nomos): “What the Law commands varies from place to place, but what is  “By Nature” should be the same everywhere. A “law of nature” would therefore have the flavour more of a paradox than something that obviously exists”.

The transition from natural justice (not law) in the Politics of Aristotle, a species of political justice against the schemes of distributive and corrective justice that would be established under the best political community, to natural law is usually attributed to Stoics, represented mainly by Cicero and Seneca, who believed that God is everywhere and in everyone. The Stoics felt that within humans there is a divine spark which helps them to live in accordance with nature; there was a way in which the universe had been designed and natural law helped us to harmonise with this. In short, the Stoics asserted the existence of a rational and purposeful order to the universe (a divine or eternal law); the means by which a rational being lived in accordance with this order was natural law, which spelled out action that accorded with virtue.

It seems to me that the preoccupation of neoclassical economists  with the “natural” came through the ascendancy of the epistemology of the Liberal Natural Law in the tradition of the philosopher John Locke; it took its apogee through the legal philosophy of Declarationism in the founding of the United States. Because of its intersection between natural law and natural rights, natural law has been cited as a component in the United States Declaration of Independence, the Constitution, as well as, the Declaration of the Rights of Man and the Citizen. Thomas Jefferson, arguably echoing Locke, appealed to unalienable rights in the Declaration of Independence: “We hold these truths to be self-evident, that all men are created equal, that they are endowed by their Creator with certain unalienable rights, that among these are Life, Liberty and the pursuit of Happiness”.

Pierre Charron in his 1601 work De La Sagesse, wrote the following secular critique of the natural law doctrine: “ The sign of a natural law must be the universal part in which it is held, for if there was anything that nature had truly commanded us to do, we would undoubtedly obey it universally: not only would every nation respect it, but every individual. Instead, there is nothing in the world that is not subject to contradiction and dispute, nothing that is not rejected, not just by one nation, but by many; equally, there is nothing strange and in the opinion of many, unnatural that is not approved in many countries, and authorised by their customs”.

Physicists discover universal or fundamental laws in nature and the cosmos. Mainstream economists instead, hypothesize on natural elements and forces, axiomatize human behaviour and complex socioeconomic relations and, calibrate pseudo-positivist narratives on fabricated realities. In the monoculture of ill-founded absolutism and poorly-threaded sacrosancts, economists conveniently forget the etymology of the ancient Greek word “economia” which means the “Nomos” (Law) of the “Oikos” (House); as Aristotle uttered, a “law of nature” can ever exist only as a paradox. 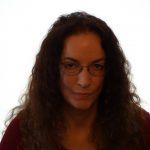 I am economist and an Academic for thirty years. I was a Reader (Associate Professor) until 2018 at the School of Economics and Finance at Queen Mary, University of London, UK. I am a longstanding research fellow at IZA-Institute of Labor Economics, Bonn, Germany. I am a disciple of the opulent and diverse tradition of classical political economy and a fervent advocate of broader and more critical conceptions of rigorous economic theorising. My research work departs from the dominant group in contemporary economics that confines itself to a largely asocial, aphilosophical and ahistorical mathematical modelling. I have published extensively and have developed the Chain Reaction Theory (CRT), Warrant Economics and the Fiscal Inequality Coefficient (FIC).”